Why You Should Always Use Dishwashing Gloves 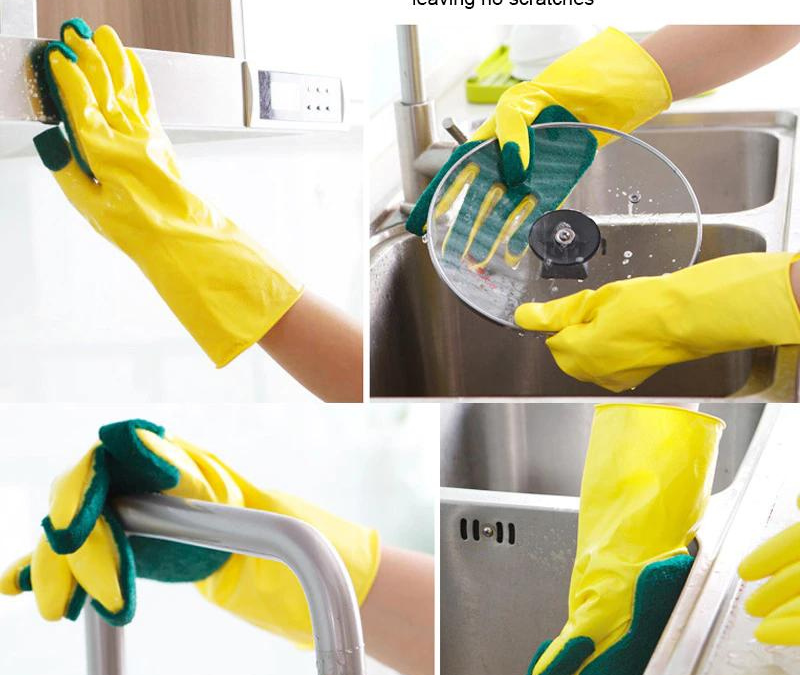 Dishwashing gloves are an essential tool for anyone who does the dishes frequently, whether it’s at home or at work. When not wearing gloves, your hands are exposed to harmful bacteria and chemicals that you could unknowingly spread to everything else you touch throughout the day. Dishwashing gloves keep your hands safe while you scrub away dirt and grease that would otherwise remain stuck on your plates and pans until you spend an hour hand-scrubbing them later that night after dinner.

What are Dishwashing Gloves? Dishwashing gloves are a must-have in any kitchen. These rubber or silicone products are basically waterproof mittens that protect your hands from all kinds of nastiness, including mild acids, bleach, and heat. They’re especially helpful if you have sensitive skin because they protect your palms from becoming dry and cracked during dish duty.

Plus, if you’re cooking for someone with food allergies or sensitivities, dishwashing gloves make it easier to keep things sanitary without having to worry about accidentally touching something that could cause an adverse reaction. Dishwashing gloves come in both disposable and reusable versions that can be found at just about any home goods store or online retail site. 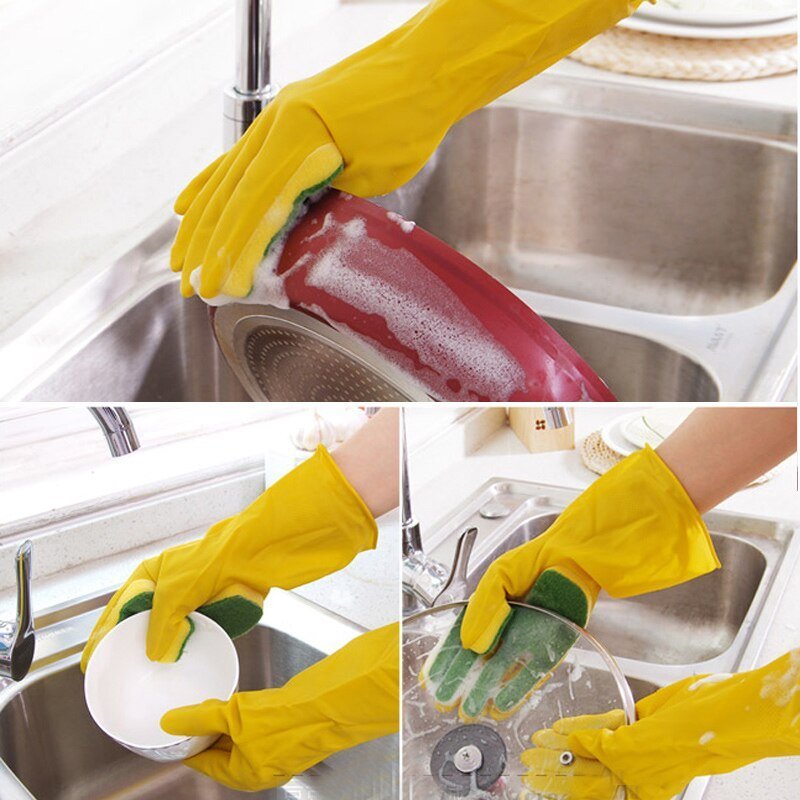 Like many women, I used to dread doing dishes. But, after a lot of research and trial and error, I’ve discovered some tricks that make it quick and easy! First off, I always use dishwashing gloves. These protect my hands from getting dried out and calloused as they used to when I first started washing dishes by hand (which was all we had back then!). Also, using them saves me time: I’m able to scrub dishes more quickly because there’s less friction between my hands and those wet plates. Dishwashing gloves help me keep my nails looking great as well as avoid accidentally cutting myself on broken glass or sharp knives.

How To Choose The Gloves

When shopping for a pair of dishwashing gloves, it’s important to keep a few things in mind. First, consider if you want your gloves to have coated or non-coated palms. In general, non-coated fingers will provide more dexterity and will be easier to slip on and off while coated fingers offer better protection from hot liquids and surfaces. Second, think about how long your dishes may soak before being cleaned. This can help inform how thick or thin you want your glove material to be—the longer a pair is worn without being washed, the more likely they are to need replacing due to stains or rips. Finally, see if a manufacturer offers any additional features that might appeal to you such as slip-resistant or water resistance.

How To Clean The Gloves Dishwashing Gloves are made of rubber or plastic and are intended to keep your hands safe from hot water and any harsh chemicals. Dishwashing gloves protect your hands from bacteria, keeping germs at bay. They are available in different colors to match your kitchen’s décor or can be bought in a set with other kitchen utensils to match their color. To clean them, dip them in boiling water for two minutes before storing them away. That way they will not stink even after several uses. If they have already become stained or smell bad wash them under running water with an added dash of mild detergent. Hang them out in the open air until completely dry. Also, keep them far away from children as they can cause choking if swallowed by mistake. Dishwashing gloves keep your hands dry and help them stay safe while scrubbing away dirty dishes. They also protect your skin from scratches, preventing infections and rashes. Dishwashing gloves are worn over your hands like a second skin, making it easy to get into hard-to-reach spaces that can’t be washed without protection. 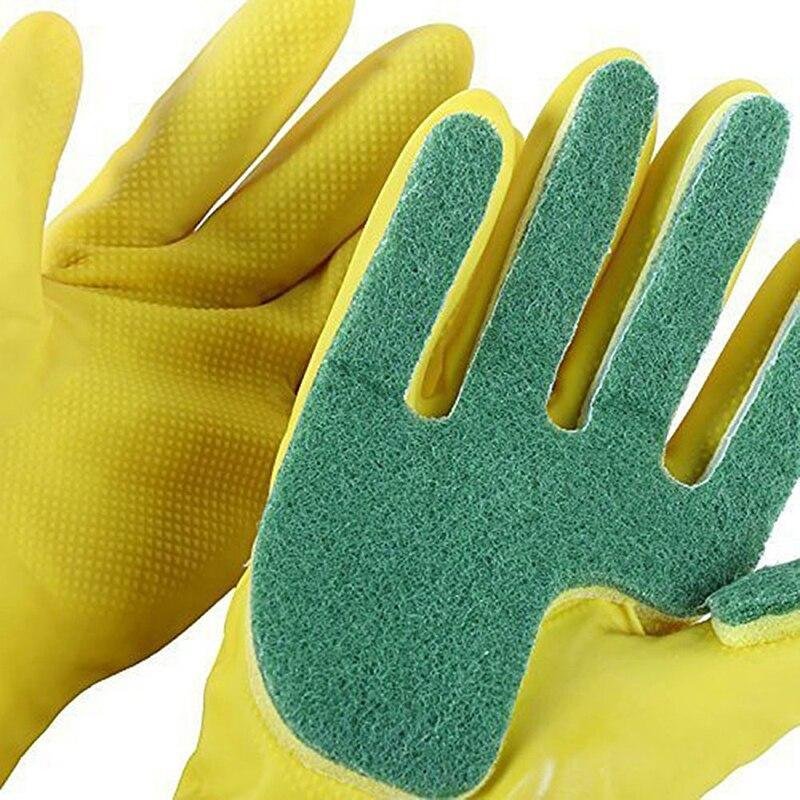 Disposable dishwashing gloves are used by many who want to protect their hands from harsh chemicals and hot water. However, these disposable gloves aren’t very environmentally friendly as they take a long time to decompose. If you do choose to purchase disposable gloves, it’s worth considering if reusable ones might be a better option. Many people say that they don’t like reusable gloves because they can get dirty and wet; however, if your dishes are likely to end up in a scrap heap at some point (like mine!) then there isn’t much point in using them anyway! You can make reusable ones out of cotton or nylon which will allow your hands to breathe and keep them clean and dry, meaning no more grubby disposables for me!