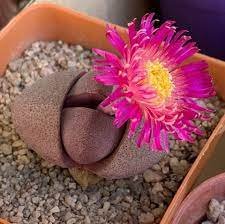 Living stones plants, also known as Lithops, are a type of succulent that is native to the arid regions of southern Africa. They are known for their unique, stone-like appearance and their ability to survive in extreme conditions. In the kitchen, living stone plants can be used as an attractive and low-maintenance addition to a windowsill or herb garden.

Their small size and low-maintenance care requirements make them perfect for busy individuals who want to add some greenery to their homes without a lot of fuss. Whether you are an experienced plant parent or just starting, Lithops is an excellent choice for those looking to add some living stones to their indoor garden.

There are a few benefits to having living stones plants in the kitchen: 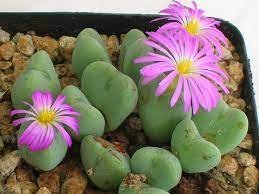 Conophytum Bilobum is a small, succulent plant native to South Africa. It is a member of the genus Conophytum, which is part of the family Aizoaceae. The plant is known for its small, spherical, or oblong-shaped leaves, which are typically green but can also be shades of brown, purple, or red. Conophytum Bilobum is adapted to arid environments and is well suited to growing in a variety of conditions, including in containers or rock gardens. It is a popular choice among succulent collectors and is known for its low maintenance and ability to withstand long periods of drought. 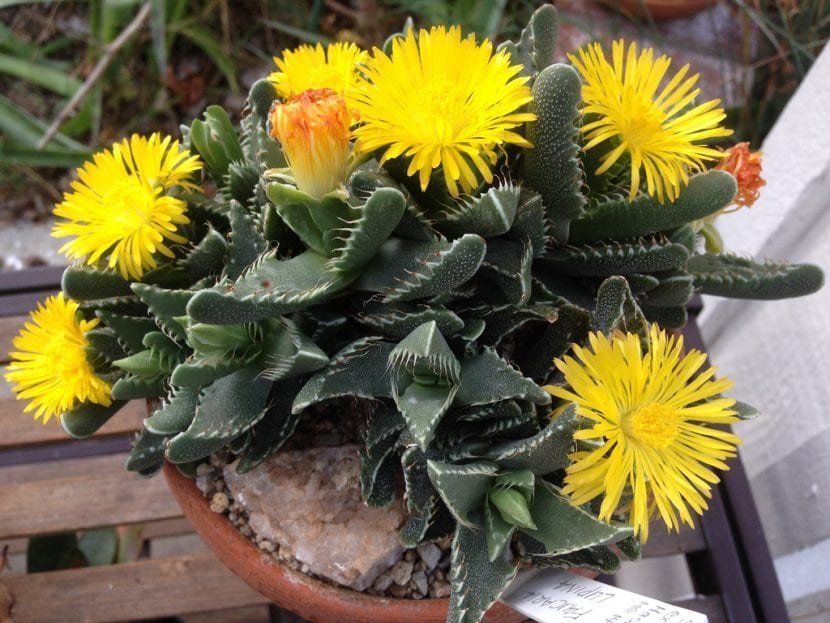 Faucaria tigrina, also known as the Tiger Jaw Aloe or Tiger’s Tooth Aloe, is a species of flowering plant in the Asphodelaceae family. It is native to South Africa and is commonly cultivated as an ornamental plant in other parts of the world. The plant has distinctive, triangular leaves that are green in color with pale yellow or white teeth along the edges. It produces orange or yellow flowers in the winter or early spring.

Faucaria tigrina is an easy-to-grow succulent that is well-suited to cultivation in containers or a sunny spot in the garden. It is drought-tolerant and requires minimal watering, making it a popular choice for dry, sunny climates. It is also a good choice for those who are new to gardening or who have limited time to care for their plants, as it requires minimal maintenance. 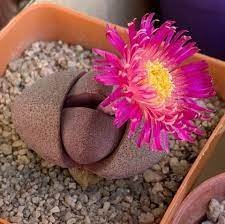 Pleiospilos nelii also known as the “split rock” or “living stone,” is a small, succulent plant native to South Africa. It is a member of the Aizoaceae family, which includes many other species of succulent plants known for their ability to thrive in arid environments. Pleiospilos nelii is a low-growing plant that forms small, spherical clusters of leaves that resemble stones. The leaves are typically green but can turn red in high-light conditions. The plant produces small, yellow flowers in the spring and summer. 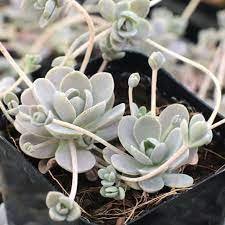 Orostachys iwarenge is a small, succulent plant native to China and Japan. It is also known as the “living stone plant” due to its appearance, as the leaves resemble stones or rocks when they are not actively growing. The plant is a member of the Crassulaceae family and is related to other succulent plants such as the jade plant and sedum. It is a low-maintenance plant that is easy to care for and is often grown as a houseplant or in outdoor rock gardens. It can tolerate a wide range of temperatures and is generally hardy, making it a good choice for beginner gardeners. 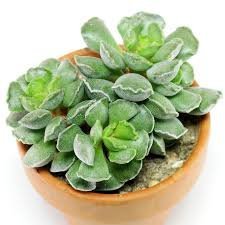 Adromischus cristatus also known as the “Crested Piggyback Plant,” is a small, slow-growing succulent native to South Africa. It is a member of the Crassulaceae family and is known for its distinctive, crested leaves that are typically green and have a wavy or undulating margin. The leaves are arranged in a rosette pattern and can grow up to about 2 inches in length. Adromischus cristatus produces small, star-shaped pink or red flowers that bloom in the summer. 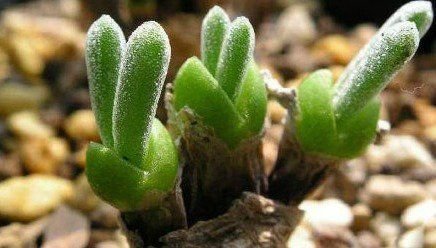 Monilaria obconica also known as the “tulip succulent” or “tulip plant,” is a small, flowering succulent native to South Africa. It is a member of the Crassulaceae family and is known for its small, tulip-shaped flowers that bloom in shades of pink, red, or orange. In addition to its attractive flowers, Monilaria obconica is prized for its low maintenance and ability to thrive in a variety of conditions. It can make a great addition to a succulent garden or as a standalone houseplant.